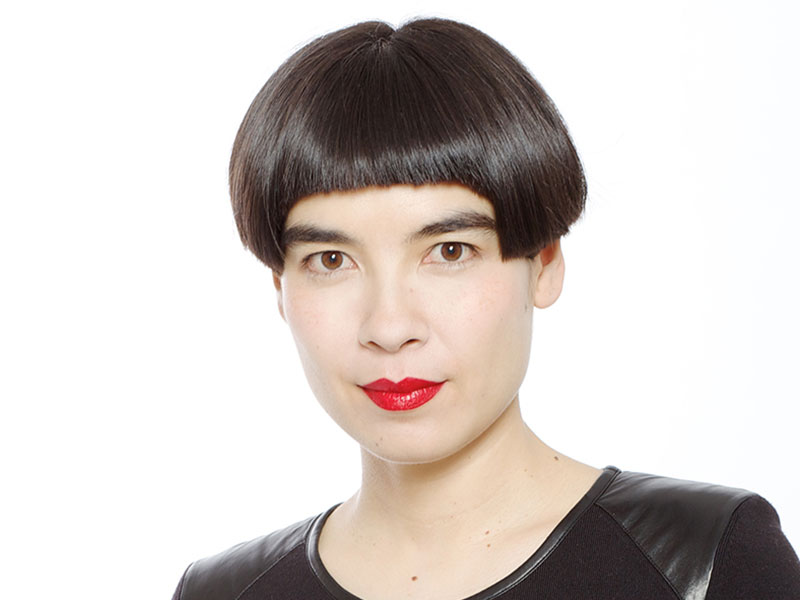 Drue Kataoka is a visual artist based in Silicon Valley (http://www.Drue.Net) Born in Tokyo and originally trained in Sumi-e, Japanese brush painting. She is a graduate of Stanford University. Drue was named a Young Global Leader of the World Economic Forum (WEF). She has presented at the WEF Annual Meetings in Davos, Switzerland (thrice); Dalian, China; Yangon, Myanmar; and Ulaanbaatar, Mongolia; and had a solo exhibition of her art in Davos at the WEF Annual Meeting in 2012. Her work was featured at the first art exhibit in zero gravity at the International Space Station. Drue’s art integrates Japanese brush painting techniques with mirrors, time dilation & brainwave installations. New forms developed by her are Magic Boxes and Membranes. Recent work has been featured on CNN, CBS, ABC, Barrons, Wired Magazine, Goodali Magazine and others. After 9-11, she endowed the Drue Kataoka Art Scholarship for Youth in 2001 and has awarded 18 students with scholarships since then. Drue is a recipient of the Martin Luther King, Jr. Research & Education Institute Award for her extensive community service and leveraging art as a social bridge. She is a board member of the Djerassi Resident Artists Program, the oldest & largest artist residency program in the Western United States. Drue is a Cofounder of Aboomba.com, the destination for Intelligent Style, integrating art, science & social responsibility with fashion.