Tatyana Kanzaveli has broad experiences in sales/marketing/business development, technology and professional services. She held executive roles in number of start-ups and large multinationals. She was an early adopter of social media/social networking channels, using them to build successful online and face-to-face communities. Tatyana runs a strategic Social CRM and social media consultancy. She is a TEDxBayArea licensee, organizer of TEDxBayArea events and producer of TEDxBayArea TEDWomen event. Tatyana also runs Bay Area Executives meetup and Global Social CRM roundtables. She is a frequent speaker at conferences here in US and also internationally. She also is an adviser to selected startups.

Mei Lin Fung, Chairman of Institute for Service Organization Excellence, co-founded the Xtreme Internet Conference, 2000, the Silicon Valley NetMarketmakers 2001, The ASEAN Alliance of SE Asian Diaspora professional groups 2004, The Program for the Future 2008, the Futuretalk TV show 2009 and TEDxBayArea 2010. Mei Lin was one of the early pioneers in CRM, and today pioneers programs and curriculum that brings together people with appreciative, inquiring minds in new models for 21st century leadership . Her leadership program implemented by the Oklahoma State University at Avaya in 2007 jointly won both institutions the Phillip Crosby Golden Medallion from the American Society for Competitiveness.

Francine Gordon, Ph.D. is Chair of SDForum Tech Women and co-Organizer of the TEDxBayArea Women program. A pioneer in the modern women’s movement, upon completion of her PhD from Yale she began her professional life as one of the first two women on the faculty at Stanford Graduate School of Business. She’s held senior management roles at several high tech firms, spent 5+ years with Boston Consulting Group as a Global Organization Manager, and co-founded a professional repertory theatre. She is currently writing a book on gender and innovation (Womennovation). CEO of the F Gordon Group, Francine works with global companies addressing innovation, teamwork, leadership, and the advancement of women. 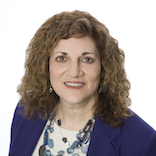 Linda Popky is the founder and president of Leverage2Market Associates. She is a consultant, author, speaker, and educator who helps organizations use marketing to transform their business and dramatically improve the bottom line. In 2009, she was named one of the Top Women of Influence in Silicon Valley and inducted into the Million Dollar Consulting ® Hall of Fame. Linda is the Immediate Past President of Women in Consulting (WIC) and is the Vice President of Marketing for the Northern California Business Marketing Association (BMA).  She is the first marketing consultant certified worldwide to offer the Private Roster Mentoring ™ Program.  Linda holds an MBA and a BS in Communications from Boston University.   She blogs at www.soundofmarketingsuccess.com. Follow her: @popky 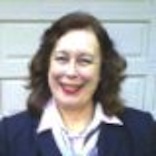 Lucie Newcomb is the founder and President of The NewComm Global Group, Inc., an international management consulting firm specializing in global markets development, change leadership and other strategic organizational transformation practices. Its CONNECT-SV initiative provides training, representation and business development for foreign governments and entrepreneurs. In addition to serving as a mentor for US Market Access Center, Lucie is the head of the Leader as Reader Virtual Book Club for members of the International Leadership Association. She has worked on four continents; lived on three; and is fluent in French. She specializes in the EMEA region and Emerging Markets worldwide. Follow her: @newcommglobal

Sarah Granger does innovating, writing, speaking and advising on topics at the intersection of information technology, media and society and their impact on women. An entrepreneur and new media pioneer, her goal is to educate broad audiences and communities about interdisciplinary topics that might otherwise be overlooked. She has recently been recognized with a Campaign Tech Innovator award and writes for leading digital media platforms such as BlogHer and The Huffington Post.  Follow her: @sarahgranger

Terri Griffith is a Professor in Santa Clara University’s Leavey School of Business. Located in the heart of the Silicon Valley, she studies how we mix together the technology of work; the way we organize to do this work; and the knowledge, skills, and abilities of the people we work with. She is the author of The Plugged-In Manager (2011). Follow her: @terrigriffith

+ Visit TED
Why joy is a state of mind | Angélique Kidjo

The fight for freedom in Iran and Ukraine | Christiane Amanpour

Neutrality isn't an option when it comes to the fight...

Whose land are you on? What to know about the Indigenous Land Back movement | Lindsey Schneider

Land thrives in Indigenous hands, and there are real,...