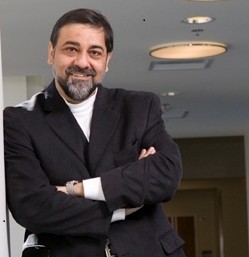 Vivek Wadhwa is Vice President of Innovation and Research at Singularity University; Fellow, Arthur & Toni Rembe Rock Center for Corporate Governance, Stanford University; Director of Research at the Center for Entrepreneurship and Research Commercialization at the Pratt School of Engineering, Duke University; and distinguished visiting scholar, Halle Institute of Global Learning, Emory University. He is author of ”The Immigrant Exodus: Why America Is Losing the Global Race to Capture Entrepreneurial Talent”–which was named by The Economist as a Book of the Year of 2012. He was named by Foreign Policy Magazine as Top 100 Global Thinker in 2012. In 2013, TIME Magazine listed him as one of The 40 Most Influential Minds in Tech.

Wadhwa oversees research at Singularity University, which educates a select group of leaders about the exponentially growing technologies that are soon going to change our world. These advances—in fields such as robotics, A.I., computing, synthetic biology, 3D printing, medicine, and nanomaterials—are making it possible for small teams to do what was once possible only for governments and large corporations to do: solve the grand challenges in education, water, food, shelter, health, and security.

In his roles at Stanford, Duke, and Emory universities, Wadhwa lectures in class on subjects such as entrepreneurship and public policy, helps prepare students for the real world, and leads groundbreaking research projects. He is an advisor to several governments; mentors entrepreneurs; and is a regular columnist for The Washington Post, Wall Street Journal Accelerators, Bloomberg BusinessWeek, LinkedIn Influencers blog,and the American Society of Engineering Education’s Prism magazine. Prior to joining academia in 2005, Wadhwa founded two software companies.

Once considered the ugly duckling of environmental conservation,...

How to break down barriers and not accept limits | Candace Parker

What can't Candace Parker do? A two-time NCAA champion,...

There's a mistaken belief in today's working world that...