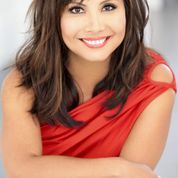 Taryn Rose created one of today’s most successful and highly coveted brands in footwear. An orthopedic surgeon turned shoe designer, Dr. Rose married fashion and function in 1999, changing the footwear industry forever. Her idea of being dressed with a sense of well-being touched a nerve with women from coast-to-coast, creating a dedicated following for her footwear
collections. A formally trained surgeon, Dr. Rose witnessed the serious foot problems caused by fashion footwear. A high heel lover herself, Dr. Rose saw a need to combine her knowledge of foot biomechanics and passion for fashion to spread ease to women everywhere. What started in a garage grew to a 40 million dollar business with boutiques all over the country.

Currently, Dr. Rose has been busy preparing for the pre-Fall 2012 launch for the Taryn Rose brand. A bridge between classic and contemporary, the designs will adhere to her high standards of comfort in construction, pattern and technology with a luxurious and stylish flare. Styles will be available in better department and specialty stores.

After a decade of building her company Dr. Rose sold her company in 2008 and rested. She took some time off to enjoy her family, travel the world and attend speaking engagements and entertain new ideas for her next phase of business. Energized and inspired in June 2010, Dr. Rose re-joined her namesake brand as a principal under the Schottenstein Luxury Group while also creating partnerships to design for the ever popular Home Shopping Network (HSN) and high-end specialty retailer Neiman Marcus.

High Heel Power by Taryn Rose M.D. for HSN launched its first collection in May 2010 and sold out to audiences across the country. High Heel Power features footwear, handbags, leg wear and foot skincare and contain the same core principles of comfort and philosophy of style that stand behind the Taryn Rose name. High Heel Power is based on Dr. Rose’s experience of wellness, healing and charity and aims to delight women with fun trends, creative designs, comfort and value.

When not designing shoes, Rose attends a variety of social & charity events in Los Angeles and New York. She continuously participates in a variety of speaking engagements around the country and was recently the Keynote Speaker at the Annual Women of Achievement Awards Luncheon for the Century City Chamber of Commerce Women’s Business Council. She has served as a judge for the 2008 Miss Universe pageant in Nha Trang, Vietnam and most recently judged the 2011 Miss America Pageant in Las Vegas.

In addition to earning her medical degree from University of California School of Medicine in Los Angeles, Taryn Rose has been recognized with numerous honors: In 2006 The Women’s Leadership Exchange group honored Taryn with the Compass Award for shifting the paradigm of how women are perceived as business leaders. Women’s President’s Organization and Fast Company ranked her first in a new entrepreneurial competition of distinction, “25 Women Entrepreneurs Who Are Changing the Game” (2005). New York Moves magazine recognized her as one of the most powerful women in New York City (2005); she was highlighted as a distinguished role model and entrepreneur in the city of Los Angeles during Asian Pacific American Heritage Month (2003); recognized by the Women’s Venture Fund as an outstanding entrepreneur during the Highest Leaf Awards in New York (2003), and by the Small Business Administration as one of four outstanding women entrepreneurs honored during the 50th Anniversary of the SBA in Washington DC (2003). The Women’s Entrepreneurial Conference featuring Martha Stewart selected her for their distinguished panel of female entrepreneurs (2007) and she’s continuously a featured panelist for events such as Pink Magazine’s “Fall Empowerment Series” (2009) and Women Entrepreneurs “Rock The World” conference (2010). Dr. Rose and her shoes were featured in the Smithsonian museum in 2007 and she was invited to meet First Lady Laura Bush at the White House since Mrs. Bush is a fan of her work.