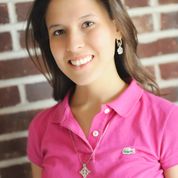 Catherine is the co-founder of MeetMe, the public market leader for social discovery. Catherine co-founded myYearbook with her brother Dave in 2005. The company merged with the Quepasa Corporation in November 2011 and in June 2012 rebranded to MeetMe, Inc.

Catherine is responsible for creating some of the most important applications on the site and has been instrumental in driving the site’s growth by conceiving of the next popular features. As part of MeetMe’s management team, Catherine continues to drive new features that deliver on our mission — to be the best place to meet new people.

Catherine graduated from Georgetown University in 2011, where she majored in OPIM and marketing. Catherine has been reported on extensively on CNBC, MTV, ABC News, Fox News, CosmoGIRL, BusinessWeek, the San Francisco Chronicle, and CBS.

MeetMe® is the leading social network for meeting new people in the US and the public market leader for social discovery (MEET: NYSE MKT). MeetMe makes meeting new people fun through social games and apps, monetized by both advertising and virtual currency. The MeetMe brand grew out of the merger of myYearbook and Quepasain November 2011.With 60% of traffic coming from mobile, MeetMe is transforming how people discover one another in a mobile- first world.The company operates MeetMe.com, Quepasa.com, and MeetMe apps on iPhone and Android.