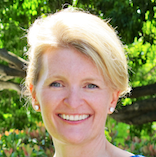 Ashley Dombkowski, PhD. Chief Business Officer at 23andMeDr. Dombkowski has global responsibility for 23andMe’s finance, operations, and translational collaboration initiatives.  She was previously a member of the Board of Directors at 23andMe and was a Managing Director at MPM Capital. During her years as a healthcare venture capitalist she focused on developing innovative, entrepreneurial biotechnology and medical device companies, including companies such as Alnara, BioVitrum, Epizyme, Hemosense, iPierian, Neosil, Nevro, Rigel, and Tercica. Prior to this, she was a Healthcare Equity Analyst for Tiger Management and for Dresdner RCM Global Investors.  Dr. Dombkowski holds a Ph.D. in Mathematics from Rice University for work in partial differential equations and geometric measure theory. She received her B.A. in mathematics from Wellesley College where she was inducted into the Sigma Xi Scientific Research Society and was awarded The Lewis Atterbury Stimson Prize in Mathematics.  She has been widely quoted in both trade and national print publications ranging from Nature to The Wall Street Journal and has appeared on CNBC, at TedMed and as a co-host of the World Health Forum.  A member of the Wellesley College Business Leadership Council, she was recognized as one of the 100 Most Influential Women in Business by the San Jose/Silicon Valley Business Journal in 2010.