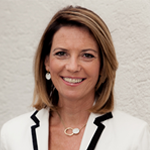 Talk Title: The magical effect of the internet on Africa

Anat is a Co–founder of several telecommunications companies with numerous successful exits.

At present, Anat is a co-founder and Chairperson of 4G Africa, www.4gafrica.com. The company provides affordable, reliable and state-of-the-art broadband wireless Internet access services to the people and businesses in sub-Saharan Africa. 4G Africa is committed to closing the digital divide.

In May 2011 the Company won the prestigious Red Herring’s Top 100 Award, for the most promising innovative technology companies of Europe. Recently, 4G Africa signed a cooperation agreement with Microsoft, and as such is the first partner of Microsoft Windows-Live in frontier markets in sub-Saharan.

Prior to this, Anat was part of the founding team of the only cross border, wireless broadband operator, in emerging markets in Europe. The company deployed hundreds of base stations in Austria, Slovakia and Croatia, winning the “Best of WiMAX World Awards” in 2006 and 2007. The company was acquired by Nextwave.

Anat was also a co-founder and the CEO of surfEU, a pan European ISP, which was formed as a joint venture with the Media Markt group (largest electronic retailer in Europe). surfEU gained 1.5 million subscribers within less than 2 years, and in 2001 was acquired by Tisacli.

Together with her husband, Dov, she was chosen as one of the leading entrepreneurs of INSEAD

Anat holds an MBA from INSEAD, Fontainebleau, and an LL.B. from the Law School of the Hebrew University, Jerusalem. She is married, has 3 children and lives in Zurich.