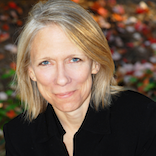 Liza Donnelly is a staff cartoonist with The New Yorker Magazine. When she first began selling to The New Yorker in 1979, she was the youngest and one of only three cartoonists who were women. Donnelly is a public speaker, and has presented at many venues including TED, the United Nations, and The New Yorker Festival.  Her commentary and cartoons can be seen in many national publications and online, including Salon.com, Dailybeast.com, CNN.com, newyorker.com, and her art has been exhibited around the world.  Donnelly appeared on CBS Sunday Morning and NBC and also has been profiled on radio and in numerous publications. The author/editor of fifteen books, her most recent books are When Do They Serve The Wine?,  and with her husband Michael Maslin,  Cartoon Marriage, both of which have been optioned for television. In 2005, she wrote a history of the women cartoonists of The New Yorker called Funny Ladies.   A charter member of Cartooning for Peace,  an organization that seeks to promote understanding around the world through humor, she is also the creator and editor of a website devoted to international cartoons, called World Ink. Her website and blog can be found at lizadonnelly.com

In an invitation to slow down and look at the world around you,...

From a special black-footed ferret to coral that can withstand...

The link between inequality and anxiety | Richard Wilkinson

Why are global levels of anxiety and depression so high? Social...