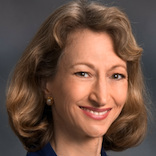 Talk: Dr. Strangelove or How I Learned to Stop Worrying and Love the Paper Ballot

Debra Bowen became only the sixth woman in California history elected to a statewide constitutional office when she was elected as Secretary of State in November 2006.

First elected in 1992 to represent the 53rd Assembly District in west Los Angeles County, Secretary Bowen served three terms before being elected to represent the 28th Senate District in 1998. She then served two terms in the Senate until she was elected Secretary of State in 2006.  Secretary Bowen authored the first-in-the-world law that put legislative information online, giving the public Internet access to information about California bills, committee analyses, state legislators’ voting records and much more. The law has served as a model for other U.S. states and countries. Secretary Bowen was also the first California lawmaker to voluntarily put her campaign finance reports online in 1995, well before all candidates for state office had to post that information online in 2000.

Secretary Bowen also authored landmark consumer protection laws to protect people from becoming identity theft victims and worked with community-based groups to close the digital divide. Those laws make it more difficult for criminals to commit identity theft by banning businesses, schools, universities and government agencies from using social security numbers as public identifiers, requiring credit card numbers to be removed from receipts kept by merchants, giving people the right to freeze access to their credit reports and giving people the tools to fight back against unsolicited email and fax advertising.