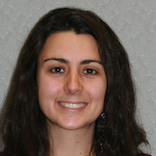 Alexis Ringwald is a Director at Serious Materials, following the acquisition of Valence Energy, which she co-founded. As a Yale Fulbright Scholar to India, she authored Momentum for Renewable Energy in India (VDM 2008) and co-directed a climate tour 2,400 miles across India in solar electric cars. Alexis is one of Fast Company’s “Most Influential Women in Tech for 2010.”