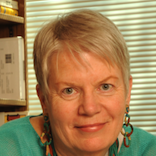 Talk:  Open Innovation in the Search for Extraterrestrial Intelligence: It Started With a Wish

Jill Tarter is Director of the Center for SETI Research at the SETI Institute in Mountain View. Tarter received her Bachelor of Engineering Physics Degree with Distinction from Cornell University and her MS and a Ph.D. in Astronomy from the University of California, Berkeley.  She has led radio search programs for more than 30 years; first as a NASA Project Scientist an then as the Director of the Center for SETI Research at the non-profit SETI Institute.  Currently, she serves on the management board for the Allen Telescope Array, a joint project between the SETI Institute and the UC Berkeley Radio Astronomy Laboratory. This innovative array simultaneously surveys the radio universe for known and unexpected sources of astrophysical emissions, and for radio emissions from other distant technologies.

Tarter’s work has brought her wide recognition in the scientific community, including the Lifetime Achievement Award from Women in Aerospace, two Public Service Medals from NASA, Chabot Observatory’s Person of the Year award (1997), Women of Achievement Award in the Science and Technology category by the Women’s Fund and the San Jose Mercury News (1998), and the Tesla Award of Technology at the Telluride Tech Festival (2001). She was elected an AAAS Fellow in 2002 and a California Academy of Sciences Fellow in 2003, and she now serves as a Trustee for that organization. In 2004 Time Magazine named her one of the Time 100 most influential people in the world, and in 2005 Tarter was awarded the Carl Sagan Prize for Science Popularization at Wonderfest. She is a 2009 TED Prize winner.

Many people are now familiar with her work as portrayed by Jodie Foster in the movie “Contact”.