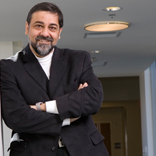 Talk:  What’s the Difference Between Men and Women Entrepreneurs- Why So Few Women?

Vivek Wadhwa is a senior research associate with the Labor and Worklife Program at Harvard Law School, an executive in residence/adjunct professor at the Pratt School of Engineering at Duke University, and a visiting scholar at the School of Information at University of California at Berkeley. He helps students prepare for the real world, lectures in class and leads groundbreaking research projects. He is also an advisor to several start-up companies, a columnist for BusinessWeek.com, a contributor to the popular tech blog, TechCrunch, and writes occasionally for several international publications. Since joining Duke University in August 2005, he has researched globalization, its impact on the engineering profession and the sources of the U.S. competitive advantage.

Before joining Duke University, Wadhwa’s quest to help solve some of IT’s most daunting problems began at CS First Boston, where he was Vice President of Information Services. There he spearheaded the development of technology for creating computer systems which was so successful that CSFB decided to spin off this business unit into its own company, Seer Technologies. As Executive Vice President and Chief Technology Officer, Wadhwa helped grow the nascent startup into a $118 million publicly traded company.

With the explosion of the Internet, Wadhwa saw an even greater opportunity to help businesses adapt to new and fast changing technologies, and started Relativity Technologies. As a result of his vision, Wadhwa was named a “Leader of Tomorrow” by Forbes.com. Relativity was named as one of the 25 “coolest” companies in the world by Fortune Magazine.

Mr. Wadhwa holds an MBA from New York University and a B.A. in Computing Studies from the Canberra University in Australia. He is founding president of the Carolinas chapter of The IndUS Entrepreneurs (TIE), a non-profit global network intended to foster entrepreneurship. He has been featured in thousands of articles in worldwide publications including The Wall Street Journal, Forbes Magazine, Washington Post, New York Times, U.S. News and World Report and Science Magazine. He has also made many appearances on U.S. and international TV stations including CNN, ABC, NBC, CNBC and the BBC.